6 Most Popular Nappy Brands Made in Japan

Home » Blog » 6 Most Popular Nappy Brands Made in Japan 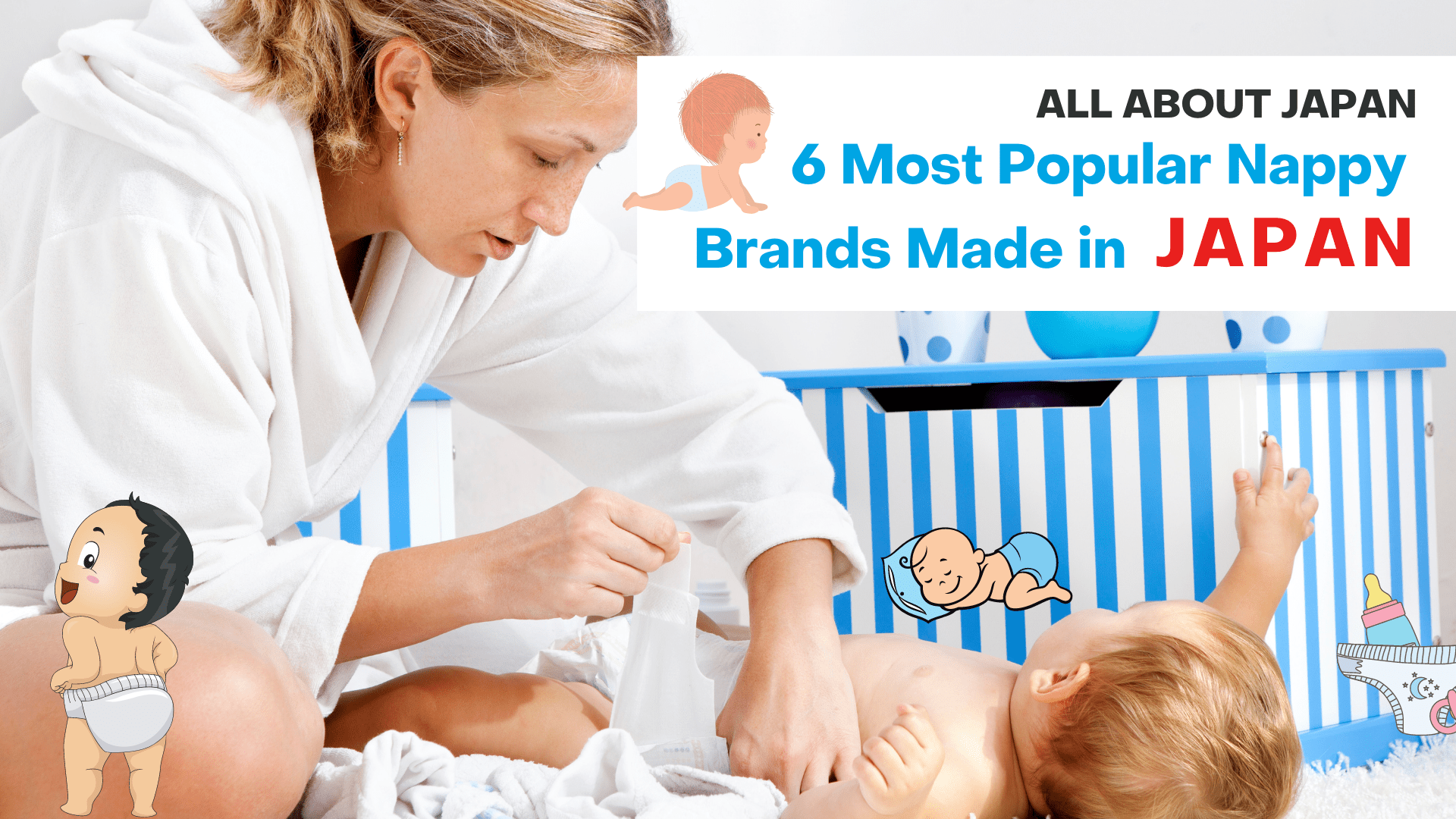 During the 1973 oil crisis, toilet papers disappeared from every supermarket, says my mother who had me, her third child, in Yokohama in 1969. At that time paper diapers weren’t all that common yet. Japanese Nappies 6 Most Popular Nappy Brands Made in Japan!

Judging from internet surveys, baby magazines and other relevant data, this year’s most popular nappy brand went to Pumpers. Pumpers has become a synonym for paper nappies in Japan for quite some time.

Pumpers is the most used nappy at hospitals. Pumpers do not only cater for Japanese babies, but they are designed to fit babies overseas, too. The quality of its products can be experienced in terms of its perfect ventilation system, perfect softness of the materials and, the most impressive of all, its super power of absorption via high density polymer.

In fact Pumpers are much more expensive than other brands. Yet, they have stayed on top and the number one nappy brand for decades.

Like Pumpers, Merries’ ventilation system is amazing and highly speedy. So babies are less likely to develop rashes and won’t experience leakage.

The only problem that has been pointed out is the amount of absorption. So some mothers have expressed their concerns that there is a leakage when used for a long time, such as at night. But this is very rarely the case, and if you are concerned, try a different brand only at night.

Moony is highly popular and ranked third most popular this year. Mothers’ report how easy it is to change nappies with Moony’s products. Users of Moony’s are actually very loyal and stick to the brand from newborn to the time the babies do not need nappies. Moony prevents leakage and skin trouble. Most impressive of all, however, is the easiness of use.

Moony has high absorption and stretches so well that it’s perfect for babies starting to eat solid food. Moony’s nappies for newborn to Small size are designed to catch even the loosest poo. These functions were in fact developed from consumers’ suggestions.

Another reason Moony kept its third place this year is its attractive and competitive pricing. Given Moony’s flexibility and willingness to change and develop new features, Moony can beat the top two in the near future.

With its high quality and, most of all, its low price, Goo.N has become increasingly popular and is chosen as the fourth most popular nappy brand in Japan.

Goo.N is priced really already low, but you can get them even more cheaply if you bulk buy them. “Cheap is bad” mentality doesn’t apply to Goo.N. Its absorption area has vitamin E and it has a highly functional, soft band which keeps the nappy on properly.

The major difference between Goo.N and other nappy brands is the shape. Goo.N nappies are designed thinner, but they are highly functional in terms of absorption and ventilation, causing very little skin problem. Thus Goo.N is considered as the ‘best performing nappy brand’ in Japan.

Nepia’s most popular brand used to be “Do Re Mi”. It had a reputation as ‘the cheap but okay nappies that can’t be used when babies have soft poo’. Given these criticisms, Nepia has introduced “Genki” which has improved all the problem functions Do Re Mi used to have.

Nepia developed this amazing system whereby poo and pee are absorbed differently. Genki nappies are much thicker than Do Re Mi. However, Genki does not have the Do Re Mi’s attractive price, thus being ranked as the fifth most popular nappy.

The most popular type of Genki! is the pants type, which catch a large amount of poo.

MamyPoko is this year 6th most popular nappy in Japan. Many consumers seem to think that MamyPoko ‘looks good’ and ‘cheap’, but has the least functionality among all the major brands. Most users of MamyPoko do not use the brand exclusively, but rather mix up MamyPoko with other types of brands.

As a nappy, MamyPoko does not seem to be considered as trustworthy by consumers. But, MamyPoko remains relatively popular because they are sold with a significant discount from time to time and some of the MamyPoko nappies are designed compact and easy to carry outside. MamyPoko is also popular among parents of larger babies.

Most of MamyPoko users use other brands as the main nappy.

Importing baby products into Japan? Want to know if your products are subject to Japan Toy and Baby Products Import regulations?

Let COVUE’s regulatory experts help you to speed up the market entry process so can that you can focus on your business. We’re here to help!